Following on from my previous post where I gave 3 reasons your local church should be involved in global mission. Here I want to say what kind of global mission that should be, specifically that it should be mission ultimately focused on the planting and support of healthy local churches around the world.  Let me give you 3 reasons why:

Because the planting of local churches is the outworking of the great commission.  If Matthew 28:16-20 is the mandate for our efforts then given that discipling, baptism, and teaching of believers is ordinarily worked out in local churches, our mission is by definition the establishment of local churches. This is the way we see it working out in the book of Acts, the gospel is preached, people believe and churches are started.  That means of all the worthy things that missionaries do it is their contribution to the establishment, development, and growth of local churches which is their most significant missionary endeavour. 1

Because local churches carry on with the work of discipleship and evangelism after missionaries have left.  This is another reason why in Romans 15 Paul is content to move on to Spain and leave behind the work he’d previously been occupied with in Jerusalem through to Illyricum. Paul knew there were still people to reach and teach in those places, the difference was there were now local churches in those places doing just that. Importantly it’s not just in their outreach activity that local churches carry on the work, it’s also in their role of defending the gospel from error and false teaching. Time and again this role is given to local churches in the New Testament, not theological colleges or denominational institutions. Those might help but only as they serve the local church to fulfill its role as the “pillar and buttress of the truth” 2.  Local churches are the legacy of missions done well.

Because missionaries are ordinary Christians who need local churches as much as any Christian. Missionary work done well is difficult, unpopular, and can even lead to your death. Mercifully God gives the local church to keep Christians going even in the most difficult and hostile of situations. 3 In practice, this is often messy and difficult for those living overseas, as missionaries often find themselves caught between connections to their sending church and the absence of a healthy host church. Yet still working hard to ensure missionaries are accountable to, connected with, and cared for by local churches is crucial to their spiritual well-being and perseverance.  Over time that care might be transferred wholly from a sending church to a host church, or it might remain a partnership of the two, but it is never something a mission agency can replace. 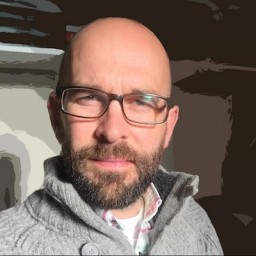